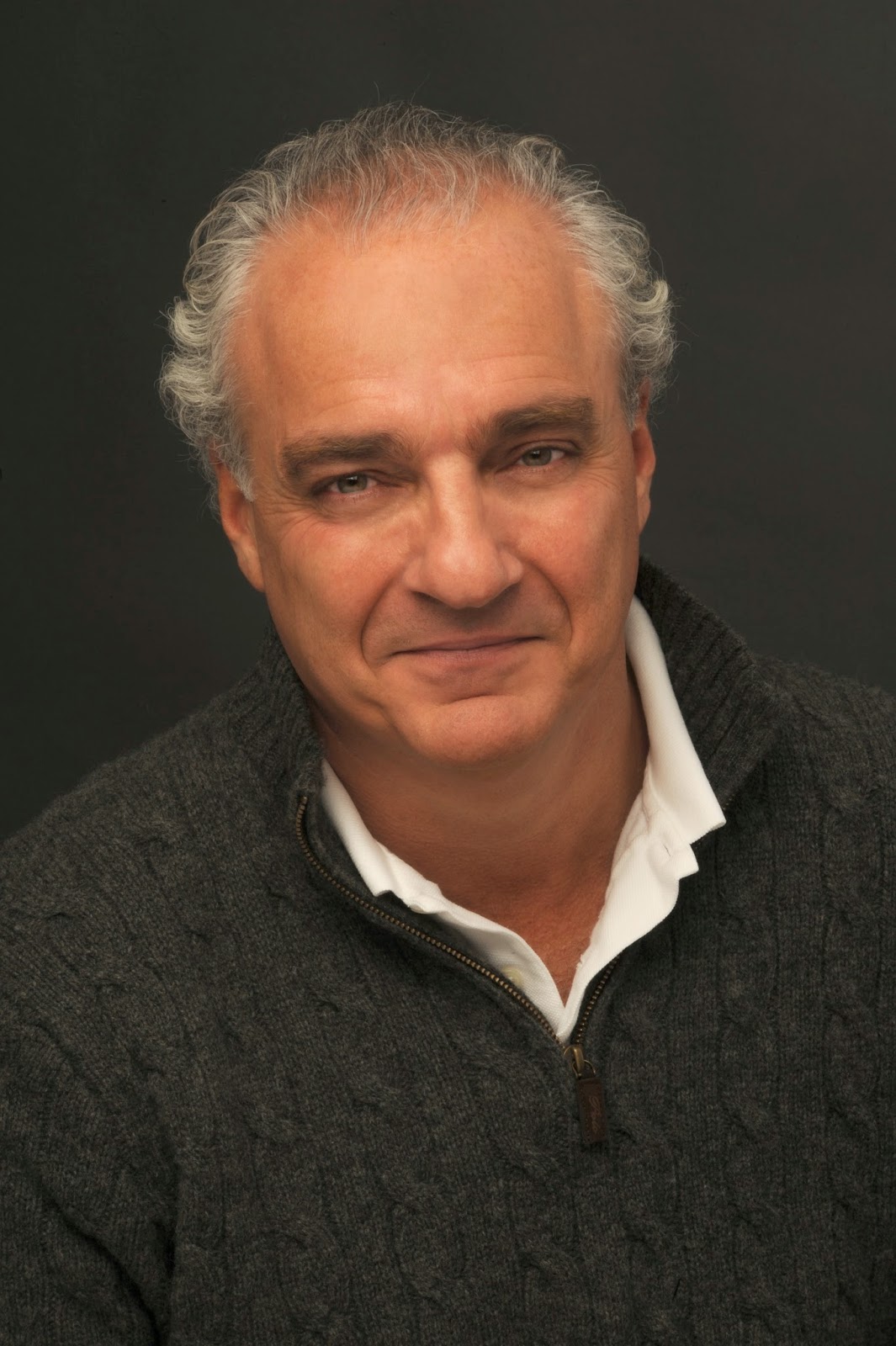 WHAT IF, you are exactly where you are supposed to be?

So many of us are in a place where our first life has come to an end.  A divorce, the death of a child or other loved one, loss of a job or career, alcohol and drug problems that finally crushed us, financial issues that overwhelmed our ability to be present for ourselves and our families, an illness or mental illness, hospitalization, poor judgment that has caused rampant legal problems, incarceration.

So many of us are suffering and want to find a new way.  But they – we – are mostly frozen.  Stopped dead in our tracks feeling alone, isolated, and hopeless.  We mourn the past and fear the future.

WHAT IF, knowing that this was pre-programmed, we could anticipate it, welcome it, and accept this part of life as natural.  As a God-given portion of our lives.  I’m talking to you about the middle part, the liminal part.  The part of life you are in now – after the first life you’ve lived. And before your second life, a life of uncertainty and the unknown.

WHAT IF, where you are right now is actually the best time of life – the greatest moment of life?  And to experience it in all its greatness, all you have to do is ACCEPT that this is exactly where you are supposed to be?  That God has pre-programmed in us this moment – whether it be for a week, a month, a year or a decade – and has given us the power and free-will to make it absolutely the greatest period of our lives?

Among my resolutions for this New Year is to present to you some things I’ve learned on my spiritual path to prove that this space we enter, the middle place, actually is (or can be) the best and most important time of our lives.

Let’s start with the Bible, or at least 500 years of it or so crammed into a few paragraphs (with apologies to scholars & close readers).

Have you ever thought about the term, Good Samaritan?  Everyone who goes to church wants to be a Good Samaritan, don’t they.   Don’t you? In many passages, Jesus talked about good Samaritans, and commended them for all the good works they did for others.

For example, Luke 10:25-37 is actually called “The Parable of The Good Samaritan.”  In this scripture, Jesus tells the tale of three men who approach a man on the side of the road who had been attacked by robbers, and commends “the one who had mercy on him.” The Good Samaritan. In other examples in the Bible, John 4:4-26, Jesus meets a Samaritan woman at a well, and asks her for a drink.  In this interchange, Jesus gives the Samaritan the greatest gift of all.

The question I have is: when did Samaritans become the good guys, and the people named in the Bible to receive God’s gifts?  The Samaritans were a class of people who had lost their place in Jewish society, and were loathed and despised by the Jews ever since.  When were Samaritans lifted up and given a place of respect and importance?  Repurposed if you will, such that the name Samaritan itself went from being synonymous with outcast, to that of being a doer of good deeds?

It started with the Exile – the Babylonian Exile.  Or more accurately, in the time of the Fall leading to the Exile.  Many prophets had prophesied that the Exile was coming.  The Prophet Isaiah, for example, spoke of the coming destruction and exile (i.e. Isaiah 5:13).

And as we know, these prophesies turned out to be accurate. Jerusalem was invaded, people were massacred, and the city and the Great Temple were burned to the ground.  The elite – the wealthy, the intelligencia and the religious leaders – were the first to be sent into bondage in Babylon.  Followed soon after by the lesser classes.  But not all Jews living in Israel and Judah were sent into Exile – some were left in Jerusalem as slaves in their own city.  And ignored completely were the Jews living in Samaria – an outpost city in the north of the kingdom.

Not that much was written about the Jews while they lived in exile in Babylon.  But one thing seems certain: before the exile the Jews were a people of the Temple, who believed that God resided in the Temple.  They worshipped God at the temple and other high places (in Hebrew “bemot”).   Without the Temple and high places, the Jews were without their God and the foundations of their religion.  In order to preserve their religion and people, having no homeland to call their own, the leaders made a critical decision while in exile – they decided that God was indeed everywhere, and that the worship of God would be from that point founded in the Bible. That is Judaism changed from a “religion of place” to a religion “of the book.”  This important decision, made while in captivity – in a space of suffering – not only ensured their continuity in exile, but enabled the Judeo-Christian religion to survive for the next 2500 years.

We know that Jewish people were allowed to return to Jerusalem after 70 years of exile. That prophecy was fulfilled in 537 B.C., and the Jews were allowed by King Cyrus of Persia to return to Israel and begin rebuilding the city and temple.  Two great prophets emerged from exile to lead the rebuilding of Jerusalem and the Temple.   The prophet Ezra, who declared that the Temple should be rebuilt first, and that God would protect the people who first honored God and their religion.  On the other hand, the prophet Nehemiah declared that the Jews should first rebuild the walls of the city.  Perhaps more pragmatic than Ezra, he determined that without walls the city would be vulnerable to attack.  It is unknown who won this debate, or if the Temple or the walls were reconstructed first.  But the debate, between putting God first or material security first, rages on in various ways to this day.

But not all Jews were permitted to rebuild the Temple and the walls of the city.

The Jews who had been left to live in Samaria without going to exile wanted to help rebuild Jerusalem.   But in the ensuing seventy years, the Jews in Samaria had intermarried with non-Jews, and now were considered unclean and half-breeds. They were no longer considered to be Jews by the people in Jerusalem and were not allowed to enter the holy city.  Instead, they were scorned and mocked for what they had done.  The Samaritans were considered a lesser people for the next 500 years, through the Greek occupation of Israel, and then the Roman occupation of Israel, and right up to the time of Jesus when he spoke of them in parables.  When Jesus lifted them up, and declared their worthiness as people of God.

It always amazes me that the greatest time of change for the Jews – the change that assured them a new life and a new freedom, was in the middle period while they were in Exile.

The same is true for the Israelites in the Exodus. When we think of the Bible, we are usually drawn to the desert, the place in the middle where the Israelites witnessed great miracles for forty years and became a new people – a people without memories of bondage in Egypt and who had yet to be delivered to the promised land.

And is true for the Samaritans, who led lives of dejection and persecution by their own people, not allowed the rights and privileges to worship and belong for over 500 years.  They were restored by Jesus in a new way in a new community, a community which was forming even as Jerusalem and the Temple were again burned to the ground in 70 AD.

I am an Israelite, a Jew, a Samaritan and a Christian.

Perhaps as Israelites, Jews, Samaritans and Christians these Bible passages were given to us for a reason.  Perhaps that reason was to charge us with the message that life, and our identity in this life, is impermanent.  Perhaps after all the generations since it is burned into our DNA.

Perhaps it has become so embodied that we intuit, we know, that the day will come along where life will indeed different than the life we planned – like the Israelites in Egypt, or the Jews in Jerusalem, or Samaritans in their own city.  And that we all enter places middle places where we will have the opportunities to change into something different than before.  Something more authentic to our new and unexpected place in the world.  Something more able to survive the trials and tests, and enjoy the gifts and blessings of our new order.  That, in fact, this inevitability is the only way we can survive and flourish.  And that because it is inevitable, it something we do not have to fear.  Instead, it is something that we can joyfully anticipate and plan for.

It is my proposition that this middle space, this place of no longer the past and not yet the future, is not actually a place of exile, but is a place of sanctuary.  A place of retreat.  A holy, God-given place that is an opportunity for every one of us to rest, grow, learn, evolve and become the people God intends us to be.

The middle place. Exactly where we are supposed to be.

Watch For: A Repurposed Life: My Story.

We welcome your thoughts, comments & contributions: online or at: jgrant@repurposedlife.org

we’ve posted on our blogsite:

Michael Popovici
Investigator for Criminal Defense and Military Law Investigations
Jeff, Your thoughts on how we each are in the best moment of our lives, no matter our situation, is profound. It gives great hope for those suffering either from their own circumstances and deeds or to those inflicted with pain and struggles by their association with the downfall of others. You provide a great service in helping everyone who is experiencing the persistent failings and fallenness of humanity.
Graeme Bissett
Manager of Planning and Development at Toodyay Shire
I agree we are in God’s tapestry and this is His best for us and even in what to us in hindsight are failures He uses for His glory. he knows ahead of time the choices we make and uses these to bring out the best.
As I know others have shared the truth of your statement is not evident in the here and now but can be seen with the benefit if hindsight. Personally this has brought life from death, success from failure and a wonderful wife ! God is good and we are in his best place despite the personal situation we are in.
__________
Donations