I first met Barry when he and I were members of the SouthWest Connecticut Justice Reinvestment Initiative.
Barry was a tireless worker with terrific ideas. Recently, he and Dick Sederquist (another SWCJRI member) invited me to breakfast to discuss a project they were working on – Reentry Survivors Success Stories.  At breakfast, Barry shared with us that he was a reentry survivor, having served prison time for a white-collar crime.  I invited Barry to write a guest blog for us.  – Jeff 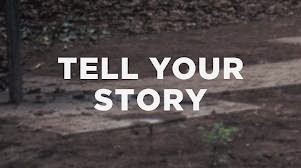 ReentrySurvivors.com: “It gives prior convicted persons the opportunity to go back into their past life and look at it to see how and what formed their new futures.”


My name is Barry S. Diamond. One day in June, 2010, I was having lunch with mayors and state representatives and the next day lunch with murders, rapists, child molesters and bank robbers.

All that ended when I was convicted of a white-collar crime & was sentenced to 6 years in prison.

After two years of following repetitive, non-thinking actions with no decision-making thoughts (now that I was going to be early released in 2012), I was going to have to think about how other released offenders successfully did it.  What stumbling blocks did they have to overcome and how did they do it?

While in prison I listened and learned a lot about the hopes and dreams of other incarcerated people.  Many wanted to return to their families, find jobs and once again become members of the society they left.  They were husbands, grandfathers, fathers, brothers, uncles and sons.

I’ve tried to put my experience in prison to good use.

I am currently teaching a job readiness course to reentry people, helping to get jobs for Project Longevity clients in Bridgeport, an active member of the Bridgeport Reentry Roundtable, and conducting clothing drives for reentry survivors for their job interviews.  I have a loving, supportive wife, three sons who are married (all of whom own their own homes), eight grandchildren (several in college and whom are future doctors and engineers), and three great-grandchildren…all of whom are now back in my life.

And importantly for this blog post, together with Dick Sederquist (not a reentry survivor but a dedicated freedom fighter), we are spearheading the Reentry Survivors Success Story movement in Connecticut!

We have recently started a website called reentrysurvivors.com, where stories appear of successful reentries by real people.  It gives prior convicted persons the opportunity to go back into their past life and look at it to see how and what formed their new futures.  We who have been incarcerated and released to reenter society now have a voice and a place where hope still lives.

Thank you for your kind attention and for your submissions.

P.S. Most released people who are reentering our communities are only asking to be treated with respect, courtesy & honesty.  Interview them for job openings in your company.  Hire them if they are the best qualified, do not hire them if other candidates are better.  If you don’t, you may be missing the opportunity to hire a great employee, who will work hard to earn your respect. Barry