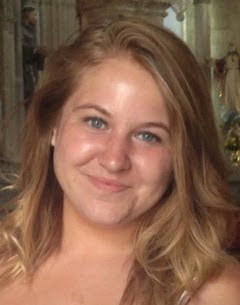 We asked Melissa to write a guest blog for prisonist.org after she contacted us looking for a job.  She sent us one of the most poignant, movingand authentic pieces we have everhad the honor of reading. – Jeff
__________

When I was five years old my father was sentenced to a maximum of 50 years in prison. I was not able at that age to comprehend how much my life would change from that moment on. I visited my father in prison when I was eight years old and then went 17 years without any contact.

During that time, my mom was a single mom for five years, working as a teacher and trying to support four kids. She was (and still is) amazingly strong and a positive example for me of what it means to be an empowered woman with enough vulnerability and strength to rely on and receive help from others. I remember members of our church would just show up at our doorstep with dinner or groceries or a new refrigerator when ours broke.

My mom said at the sentencing that the judge looked at her and told her that we were the “silent victims”. I understand what he means by that. When your family member has committed a crime against others, especially one that has been followed by the media, there is a level of guilt, shame, and embarrassment that can hinder self-care. Your only desire is that the victims feel no more pain at whatever cost. You suddenly become a source of pain, a reminder of what happened. I only know this now as an adult and by looking at the story through my mom’s lens. But as a five year old, I was not fully aware of the situation and therefore could not understand why I could not be around my friends anymore. My mom was wise enough to not neglect self-care, and put us all in counseling. Although counseling to me was getting to play Chinese checkers while my friend asked me if I ever felt angry at times, I enjoyed time with my counselor and at a young age had a positive view of counseling.

Even with the immense help of friends and family, we still struggled financially and emotionally. We were all hit with an unexpected bomb and my mom did everything she could to keep us on our feet.

There was a 17 year gap where I was indirectly the child of an incarcerated person. He was my father through genetics but was not in my life at all. One day as a 22 year old in college I had this random realization that I was not even sure if my father was still alive. As I am learning now, the prisons do not tell you much and especially not in a timely fashion. When my father almost died in prison in 2013, my aunt did not know about it for almost a month after the fact.

Back to being in college, I decided to google my father’s name to see if I could find out any information. This was the first time I had ever done this. What I found was pretty life-changing for me. My father was in a rehabilitation program called Shakespeare Behind Bars and a documentary was made about the program. My father is in that documentary. Suddenly, I had a way of seeing him after 15 years at this point. I worked myself up to watching it by reading reviews and watching trailers. I downloaded the documentary that night and watched it. I was hit to my core. My dad would say things throughout the film like “those who need mercy the most are the ones you think deserve it the least”. I felt as if he was crying out for someone to take notice of his pain, for someone to not define him by the worst thing he has ever done.

It took me two years to work up the courage to write him, but I finally wrote him my first letter in February 2014. Since then we have written countless letters, spend time on the phone weekly and I have gone to visit him twice. Our relationship is very unique in that my dad knew me as a child, and now all of sudden I am a woman. He missed out on very crucial years, and yet he gets to see the result of those years. We have moments where we feel really connected, and then moments where we’re reminded how much we do not know about each other. I knew my dad as a five year old. I did not know anything about his life, his growing up years, even how he met my mom. I do not know that much about him, although I am learning, and yet he is my dad and I feel like even though I do not know facts about him, I understand him.

He is my dad. And he is incarcerated.

I can tell him about my day, about what is going on in my life right now, but he does not get to experience it. I cannot just call him up whenever. He tells me about life inside the wire but I will never really be able to understand or truly relate to what he is going through. I can only sympathize when I wish to fully empathize.

My dad will sometimes reminisce about what could have been. He was a computer engineer and ahead of his time. He was on the edge of the technology boom and who knows what kind of apps, websites, etc. he could have created or invested in. He tells me if he had not gone into prison, he imagines we would be millionaires. Whether or not that is true, when he talks this way it reminds me of how drastically my life did change when I was young. I am happy with the person I have become and the adversities I have been through have allowed me to see the most important things in life, things other than potentially growing up as a millionaire’s kid. As much as I wish my father did not commit his crimes and leave my life at such a young age, I like the relationship we have now. Reminiscing about the past does little good. All we have is now. I remind my dad of this when he begins to look back. I can imagine he has a lot of time in prison to think. But I try to keep him moving forward, to think of what can be, to not try to correct his past mistakes but to see what he has in front of him: a daughter who supports him and cares about him now, not what he could have been had he not gone to prison or who he was before he committed his crimes.

I have learned so much about the prison system and the brokenness on the inside that is easily kept on the inside. I am grateful for what seems to be a push in more awareness of the conditions of our prisons and the problem of mass incarceration. I have sat in a visiting room and held back my own tears as I watch grown men unsuccessfully try to fight back tears as they hug their wives, children and mothers goodbye, some of them not knowing when they will ever see them again.

And I have learned the power of human connection. For someone inside the wire, contact with someone outside of it speaks so deeply to their soul. It helps them feel heard. It helps them feel like they are not forgotten. One thing I have seen in my dad is that it is easy to slip into oblivion. It is easy to push people out because they are already out and going through the pain of letting them in is a huge risk. It is easy to feel forgotten because to many people, you are.

The challenges of being an adult with an incarcerated parent mainly consist of a constant worry that they will be ok. I do not have unrealistic expectations that he would ever be at a point of thriving. If he calls and does not seem depressed, that is a win. One of my biggest fears before I wrote my dad is that he would die in prison without ever knowing that I care about him. That fear was almost a reality. A year and a half before I wrote my dad, he found out he has cancer. He is almost in full remission. A year later, something in his bowels ruptured and although he cried for help, no one did anything until a nurse came and ordered them to rush him to the hospital or else he would die. Many people do not survive what he went through. He just had a surgery to repair the rupture last month and before he went into it, he told me there were some risks and that I would be a person on their list to contact if anything happened to him. Thank goodness he came out of it fine. But I cannot rush to the hospital to see him. I cannot help him in his recovery. I have to trust him to a system that sees him as a number, a criminal only deserving of the minimal amount of care and not even that at times. He told me about a nurse at the hospital who was kind to him and that made everything so much easier. She treated him like a regular patient. When I cannot be there for him, I am grateful for people like that nurse who exhibit compassion beyond the norm.

I know I am not capable of making everything in his life perfect, nor should I try because that is too big of a task to bear, but I do carry around his pain. It is unavoidable. However, I choose to carry his pain with him. I choose to sit with him through the mess that is prison, through the ugliness that is depression, through the pain of loneliness, through the moments of shame and self-loathing, and through the joys that come through reconnecting.

Because not only is he my dad, he is a human being who is not invincible, no matter how much he wishes he was.

Melissa Tanis happily resides in Brooklyn, NY. She is currently looking to begin a career in the nonprofit sphere and hopes to eventually work with incarcerated or formerly incarcerated people and their families. She loves to travel, learn new things, binge-watch Netflix, and is currently teaching herself Spanish. Melissa can be reached at mntanis89@gmail.com. Twitter: @meltanissa
[/et_pb_text][/et_pb_column][/et_pb_row][/et_pb_section]