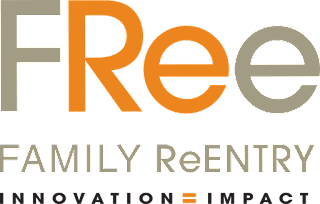 Grant served on Family ReEntry’s board of directors since 2009 — his new appointment marks the first time in the United States that a person formerly incarcerated for a white-collar crime has served as the head of a major re-entry agency. “It’s a tremendous step, and a bold decision on the Board’s part,” Grant said. “This is a transformative period for Family ReEntry. I owe them my fresh start, so of course I said yes when they offered me the position.”

“From an advocacy, program and fundraising perspective, it resonates with people to have a formerly incarcerated person at our helm,” stated Jeffrey Earls, Director of Development for Family ReEntry, “with a background in business, law, prison ministry, recovery and prisoner reentry, Jeff brings a wealth of experience to Family ReEntry.”

“We live and work in an area that has the largest disparity of wealth in the country,” said Grant, referring to the economic divide between affluent suburbs such as Greenwich and inner city communities such as Bridgeport. Family ReEntry receives tremendous support from individuals and families who have been very open and receptive to our mission,” Grant said. “We have a message that resonates around the state and the country — to lower recidivism and disrupt the intergenerational cycle of incarceration.”

There is a new sense of energy and purpose at Family ReEntry. The staff and directors are committed to advancing the agency, its core values, and above all its mission.

Family ReEntry provides essential support and programs to individuals and families who have been involved in or impacted by the criminal justice system.  FRE works to reverse the impact of domestic violence, crime, incarceration, drug abuse and mental illness. FRE also offers Youth Mentoring programs that focus on assistance to youth that are impacted by the devastating effect of an incarcerated parent or sibling.

Ronda Muir, Board Chair, said, “Family ReEntry was fortunate to have a long-serving board member with roots in the Agency’s Fresh Start program who could step into the Executive Director role. Jeff’s own experience and commitment to our mission makes him an ideal choice to quickly and effectively move the agency forward. He has the full support of the board as we build on Steve Lanza’s tenure to support those impacted by the criminal justice system.”

Mr. Grant replaces Stephen Lanza, who served as Executive Director since 1999.  Mr. Lanza will continue his relationship with Family ReEntry as a senior advisor and consultant. “Steve Lanza has been the heart and soul of Family ReEntry, and has served our agency, community and mission for the past fifteen years with dignity, grace, compassion, empathy and human kindness,” says Mr. Grant.

For press inquiries email to: fre-press@usadagency.com