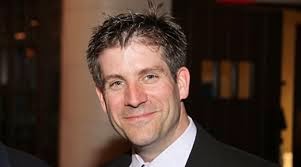 We first met Sean Pica, and the wonderful students & graduates of Hudson Link, when they spoke for us at Union Theological Seminary.  In their honor, we hosted a panel on Religion and Prison, a showing of their important movie “Zero Percent,” and a midday chapel service featuring a sermon by Union Trustee Petero Sabune, former Chaplain of Sing Sing Prison.  Leading up to their groundbreaking project on Dec. 3rd – TEDx SingSing – to be filmed by director Jonathan Demme – we asked Sean if he would guest blog for prisonist.org. – Jeff
___________

The night of Friday November 21 was a cold one, but the cold could not damper the excitement of the TEDxSing Sing organizing team, even though the heat in the venue had not yet been turned on! Bryonn Bain and several colleagues from NYU were on their way in to help coach the speakers to make sure their messages came across as powerfully as possible on the big day, December 3. This was the first time some members of the organizing team heard all of the inside speakers’ presentations, and they were blown away. The creativity, charisma, and passion that the speakers displayed ignited our excitement even more.

Bundled in coats, hats, and scarves, we did one run-through before Bryonn and his team arrived.  The organizers and the speakers gave each other feedback, and the MC got a feel for the stage. When Bryonn arrived, the real fun began! He performed some of his incredible poetry to live musical accompaniment, a guitar player and cello player both playing in the background. Sitting in a circle making  art together, it was easy to forget that we were freezing cold, and deep inside a maximum security prison. We transcended our differences in that moment and were simply people, communicating through lyrics and song. Superintendent Capra (who will be speaking on December 3) and his wife stopped by to see how everyone was doing, and both were very impressed by how everything was coming together. We are so lucky to be working with such a supportive and invested administrators like those at Sing Sing.

After the jam session, the real work began. We broke into small groups, with one or two speakers in each group, so everyone would have the chance to receive feedback. Speakers were instructed to find their “offering,” the main take-away from their talk, the big idea they were trying to communicate. All of the speakers knew abstractly why they were talking about their chosen topic, but focusing in on that offering, putting it into words, and connecting it to the core, personal reason that topic was so important to them, unlocked these presenters in an incredible way.  The speakers were already so engaging, but this centering and clarifying gave their presentations a new dimension of passion and confidence.

We left Sing Sing that night feeling such excitement for the day of December 3, and so eager to give these men a platform to offer their valuable ideas to the world. But we also knew that we had already succeeded; through the process of planning TEDxSing Sing collaboratively with incarcerated men, advocates, and members of the community, we had already created the healthy community we would be focusing on on December 3.

Sean Pica, MSW is the Exec. Director of