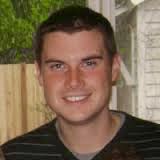 Upon our learning of the successful appeal overturning the insider trading convictions of  Todd Newman & Anthony Chiasson, we reached out to some members of our community most affected by the decision.  We published the first last week: Who Watches The Watchmen, by Anonymous – A White-Collar Felon.   We invite you to submit your thoughts & feelings on the subject.
Our ministee Brian Jorgenson reported in September
to the FCI Herlong Camp in California to serve
a two-year sentence for a insider trading. Brian’s two prior submissions to prisonist.org, Last Blog Before Prison
and A Commentary on Psalm 85.2, were among our most well-read and well received posts ever.   Here are his thoughts from prison. – Jeff
_________________

Several days ago, two prominent convictions for insider trading (Chiasson and Newman) were overturned by the appellate court. While I don’t have access to all of the intricacies of the case, my understanding is that the convictions were overturned based on where Chiasson and Newman were in the insider trading information chain. The court found that the onus was not on them to know that the information they were trading on had been illegally disseminated. Said another way, the two portfolio managers assumed they were merely trading on stock tips, not private, material, inside information. Whether they “really” knew or not, we’ll likely never know but the burden of proof should be on the government so I applaud the convictions being overturned.

Here I sit in prison for one count of insider trading (securities fraud). Does this appeal have any impact whatsoever on my current situation? Unfortunately, no. And that’s because in my case, the chain had only two links in it – the tipper and the tippee. I was the tipper meaning that I provided the information to someone else to profit, so these convictions being overturned will not affect my case in the slightest. It was my personal responsibility to not provide the information, just like it was the personal responsibility of my co-defendant to not trade on the information. Both of us were in the wrong and as a result, both of us are currently incarcerated.

I want to reflect on how my incarceration has been. Today marks exactly three months (~15 to go). Through it, I’ve met so many guys who have taken wrong turns in life. They (and I include myself in this group) tried to take shortcuts in order to get more money, power or control in their lives. Some are remorseful and ready to move on. Others continually beat themselves up over their past mistakes. Others remain indignant and counting the days until they can resume their illegal activities. Yet, they are currently all prisoners, alongside me. And all too aware of the uphill battles they face upon re-entering society:
-Trying to figure out how to stay clear of the people and situations that got them incarcerated
-Attempting to get a job from an employer that hires felons
-Mending the broken and violated relationships that their incarceration has caused
-Dealing with society and the lifelong stigma of being an ex-convict
-Ultimately, trying not to be part of the sad recidivism statisic: over 60% of inmates, re-offend and end back in prison

Before coming to prison, I will admit that I wasn’t filled with empathy. But that has changed after being in here. The recidivism rate is daunting for so many of these guys. And it seems so overwhelming to try to get back on track. The government doesn’t do much to help felons’ re-entry efforts as members of society. The stigma is very real and so many doors will be closed for us for the rest of our lives due simply to checking a box on a form labeling us as felons. While I acknowledge that I will face my fair share of obstacles, I’m not overly concerned or anxious about it. I know that God has a plan for me. I know that my relationship with my wife and kids is on firm ground. I know that I have other family, friends, business associates, and a church family that loves me and supports me. I consider myself very fortunate and know that I won’t be part of the recidivism statistic.

This anger doesn’t deal with me. It deals with the guys in here and the countless others who don’t have the things that I’ve been blessed with. They will leave prison without a game plan and society has already branded them (us) as bad apples. I find this incredibly judgmental and hypocritical. I read an article in The Week earlier today where legal experts cited that “more than 70% of Americans have committed a felony that would carry a prison term if they were caught.” Maybe it was mishandling a gun, maybe it was driving while being “buzzed”, maybe it was gambling online, or maybe it was cheating on your taxes.

Nevertheless, the experts posit that more than 7 out of 10 people could have been imprisoned and labeled a felon IF they would have been caught and prosecuted. So here’s the hypocrisy: those 70%+ know that they’ve done something that could’ve landed them in prison. The only thing separating them between the felons/ex-convicts that they are so quick to villify is pure luck. They weren’t caught but the felons were. Yet, society turns its collective nose up and brands felons for life as being untrustworthy and not deserving of a 2nd chance.

It shouldn’t be this way. Now, I’m not condoning any illegal activity but when you have a felon who is trying to turn his life around and he’s unable to get loans to start a business or unable to get hired anywhere or not allowed to travel outside of the state to visit his family, then the system is stacked against him. This is partly why we have such a high recidivism rate. Even the “reformed” felons can’t become good standing members in society because society doesn’t ALLOW them to. They keep them at arm’s length, at a safe distance away. In turn, the felons resort back to the only life they knew — a life of crime which lands them in prison.

This is not a coherent post. I’m going off on a tangent here from where I started but it’s where my stream of conscious thoughts have led me so I’ll end on that note.

You can read more blogs from Brian Jorgenson
on his website,
bjorgenson.com.

Mail for Brian can be sent to: