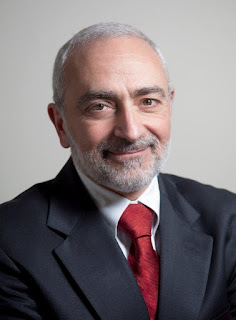 I was a prosecutor in Westchester County, NY, for more than 25 years.  For almost all that time, I specialized in investigating and prosecuting white collar crime: embezzlements, swindles, investment fraud, corruption, forgery, etc.  Restitution was a constant theme.  I always wanted to get the stolen funds returned to the victim.  The difference between a prison sentence or probation often hung in the balance.  It did not take me long, however, to recognize the unintended and unnamed victims of the defendant’s crime.  It was his (at least 99% of the time his rather than her) family.

Oddly, enough it was the defense attorneys who represented those I convicted who introduced me to these people.  During the course of plea negotiations or sentencing argument in court, defense counsel often commented on how incarceration would harm the defendant’s family.  I never doubted that was true, but always objected that it was relevant to the sentencing.  After all, I argued, the defendant was not really concerned about his family when he committed his crimes, why was he suddenly and conveniently concerned about them when it might keep him out of prison?  It was disingenuous to use sympathy for his family as a barrier to a justified incarceration.

Of course, and particularly in the state system (as opposed to the federal), not all those convicted of white collar crimes go to prison.  But even during a term of probation, the white collar probationer will most likely be paying restitution to his victims, which means that some of whatever he is then earning legitimately is diverted from his family to his victims.  He continues to hurt his family even as he hopefully rehabilitates into socially acceptable behavior.

That was where my job ended.  After all, I was a prosecutor and not a social worker.  Although it was very rare, I did have continuing contact with some defendants.  Indeed, some even thanked me for convicting them, since it was the forceful redirection they needed to reform.  But over time, the plight of the victimized family remained with me just as did the more recognized status of the crime victim.  Moreover, the state had Victim Services offices that could assist crime victims recover from the harm done to them; the family did not.

Our criminal justice system will never be perfect.  But how hard could it be to allow the family that has lost husband, father, income and perhaps home as well to have a place to go to register their need for assistance and receive guidance?  Society should care for all the victims of a crime.

Oddly enough, Jeff Grant and I were law school classmates.

Ken left the District Attorney’s Office in 2008.  Since then he has continued to investigate economic crime and corruption in the private investigation industry.  Ken is also a Postulant for ordination to the Diaconate in the Episcopal Diocese of New York.
__________
Progressive Prison Project/
Innocent Spouse & Children Project