Prisonist.org: Faith & Dignity
for the Days Ahead
Blogs, Guest Blogs & News
Why Prisoners and Ex-Felons Should
Retain the Right to Vote
by Gregg D. Caruso, PhD – Guest Blogger
6.1 million citizens were barred

from voting on election day 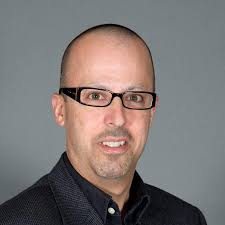 Our friend Gregg Caruso sent this article to us that was originally published in Psychology Today.  We felt it was timely and important, and asked him if we could
reprint it on prisonist.org.
_____________
On Tuesday, November 8, when Americans go to the polls to cast their ballot for the next President of the United States, an estimated 6.1 million citizens will be barred from participating due to felony convictions.

This disenfranchised population includes persons currently in prison or jail as well as millions who are under probation or parole or who have completed their sentence. In fact, an estimated 3.1 million people are disenfranchised due to state laws that restrict voting rights even after completion of sentences. African American communities have disproportionately been impacted by these felony disenfranchisement policies—a recent report from The Sentencing Project estimates that one in every thirteen black Americans has lost their voting rights.

The right of an American citizen to vote in elections is protected by the United States Constitution, which prohibits disenfranchisement for reasons such as age, gender, and race. However, the Fourteenth Amendment to the Constitution preserves for the states the full power to restrict an individual’s right to vote due to a criminal conviction. The National Conference of State Legislatures provides the following brief history:

The idea of taking away a criminal’s right to vote has been around since ancient Greece and Rome. A condition called “civil death” in Europe involved the forfeiture of property, the loss of the right to appear in court, and a prohibition on entering into contracts, as well as the loss of voting rights. Civil death was brought to America by English colonists, but most aspects of it were eventually abolished, leaving only felon disenfranchisement intact in some parts of modern America.

I propose that prisoners and ex-felons should retain the right to vote and that to disempower and disenfranchise such a large portion of the population is philosophically unjustified and harmful to society. The notion of civic death is grounded in an antiquated retributivist justification for punishment and is misguided and counterproductive. It should be abolished along with its other components.

A number of sentencing guidelines in the U.S. have adopted desert as their distributive principle (1), and it is increasingly given deference in the “purposes” section of state criminal codes (2), where it can be the guiding principle in the interpretation and application of the code’s provisions (3). Indeed, the American Law Institute recently revised the Model Penal Code (the first since the Code’s promulgation in 1962) so as to set desert as the official dominate principle for sentencing (4). And courts have identified desert as the guiding principle in a variety of contexts (5), as with the Supreme Court’s enthroning retributivism as the “primary justification for the death penalty” (6).

Retributivism provided the philosophical justification for the policies of civic death in the past and today remains the basis for felony disenfranchisement. The problem, however, is that retributive punishment is often practically ineffective and philosophically dubious. For one thing, several studies now show that retributivism often leads to excessively punitive forms of punishment. Such punitiveness is often counterproductive from the perspective of public safety (for a discussion see here). Second, philosophers, scientists, and lawyers have long challenged the justification for retributive punishment—which presupposes the highly contested notions of free will, moral responsibility, and just deserts. I have elsewhere developed a non-retributive alternative to criminal behavior call the public health-quarantine model, which I argue is more humane, effective, and philosophically justified (see here, here, and here).
But rather than defend that model here, I will simply make my case directly for restoring voting rights to prisoners and ex-felons.

First, I propose that only restrictions to personal liberty that have a demonstrated and substantial link to protecting public safety should be permitted. The right of self-protection and protection of harm to others, for example, can justify incapacitating dangerous criminals but it cannot justify restricting or removing voting rights. Preventing prisoners and ex-felons from voting does not fall within the public safety exception of liberty.

The U.S. criminal justice system would make great strides if it adopted something like the Norwegian Correctional Service’s normality principle, which maintains that during the serving of a sentence, life inside prison should resemble life outside as much as possible. According to the normality principle: “No-one shall serve their sentence under stricter circumstances than necessary for the security in the community. Therefore offenders shall be placed in the lowest possible security regime.” Furthermore, it states that prison should be a restriction of liberty but nothing more, that is, “no other rights have been removed by the sentencing court.” As a result, all Norwegian prisoners retain their right to vote.

Second, disempowering and disenfranchising prisoners and ex-felons has the effect of dehumanizing and marginalizing them, sometimes permanently. Philosophically arbitrary and perpetual punishment, including the denial of voting rights to people who have paid their debt, imposes second-class citizenship on millions of citizens. This disempowerment runs contrary to the notion of second-chances—the idea that an individual can redeem himself and correct his/her course in life. If one thinks that prisons should aim at rehabilitation, then retaining the right to vote is essential. As The Guardian put it back in 2012, “A prisoner’s rehabilitation as a safe, responsible, and productive member of society must include the most basic right of democratic process—the right to choose who governs us. To remove this right dehumanizes prisoners.”

Third, as a recent article in Politico Magazine argues:

[O]ur constitutional ideals support the right of prisoners to vote, and denying it violates the concept of self-government that the founders cherished. Granting this right also makes sense for the country in terms of politics and policy. As prisons have grappled with the explosion in their populations in the past 20 years, allegations of prisoner maltreatment multiply, and criminal justice reform moves to the fore of our political debate, we should consider that one of the best ways to solve these intractable and expensive problems would be to listen to those currently incarcerated—and to allow them to represent themselves in our national political conversation.

By cutting felons out of the political conversation, we are losing out on the potential insights they could provide. Public policy would greatly benefit by listening to those most affected by the social determinates of crime and those most familiar with the workings of the criminal justice system. Disempowering prisoners and ex-felons results in a class of citizens still subject to the laws of the United States but without a voice in the way they are governed—not unlike taxation without representation.

The vast majority of states prisoners cannot vote, yet they’re often counted in the population for the legislative district of their prison, the main factor that determines a state’s number of representatives and its presidential electoral votes. It’s a practice the NAACP calls “prison-based gerrymandering.” If that sounds familiar, it should: Such a policy resembles the Constitution’s notorious three-fifths clause, which denied slaves the right to vote but counted them in the Census for the purposes of amassing more pro-slavery representatives.

This is an extremely troubling practice with sad political implications. Just like the days of the three-fifths clause, modern day prison-based gerrymandering means politicians lack an incentive to reduce the number of prisons in their district since they benefit politically from them—and they benefit without having to listen to the needs and concerns of those imprisoned.

The forgoing considerations are by no means exhaustive. Additional arguments for restoring the right to vote to prisoners and ex-felons can, no doubt, be given. Considerations of human dignity, for example, recommend that no one should be humiliated, dehumanized, or marginalized without just cause. To the extent that felony disenfranchisement violates respect for human dignity, it too provides an additional reason to oppose it.

Gregg D. Caruso is Associate Professor of Philosophy at SUNY Corning and Co-Director of the Justice Without Retribution Network (JWRN) housed at the University of Aberdeen School of Law, Scotland. He is the recipient of numerous awards and fellowships including the SUNY Chancellors Award for Excellence in Scholarship (2015) and the Regional Board of Trustees Excellence in Teaching Award (2012). He is also the Founder and Editor-in-Chief of Science, Religion and Culture and a regular contributor to Psychology Today. Gregg can be reached at gcaruso@corning-cc.edu.

Reprinted from PsychologyToday.com with permission from the author, Nov 06, 2016


We are grateful for all donations this past year to our Ministries. These donations enable us to grow, reach out and serve this community for which there is far too little understanding, compassion, empathy and accurate information.  Progressive Prison Ministries, Inc. is a CT Religious Corp. with 501c3 status –